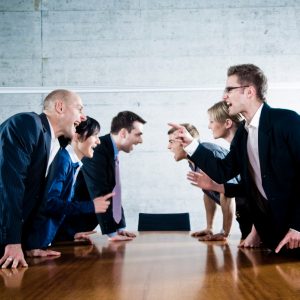 A big dose of civility is what America needs right now, especially when our freedom of speech is under as much fire as it is these days. A civil society encourages dialogue and creates an environment where people feel free to express their views and not be silenced because of them.

Incivility is rampant in our current political process, along with our workplaces, sporting arenas, and roadways, but I’m even more troubled with what I see happening on America’s college campuses. They used to be places where free speech was celebrated, where a diversity of ideas was welcomed, nurtured, shared, and debated. Protests and civil disobedience were not unusual occurrences where a big, messy marketplace of ideas was available to all. Yes, I realize they didn’t always end peacefully, but these voices weren’t shot down by dissenters before they even started. People were given the opportunity to learn and then make their own decisions.

Now, many universities are either being forced to change their policies or have jumped on that bandwagon willingly—cancelling speakers that might have a different worldview, silencing student groups, and turning free spaces into “safe spaces”. Many campuses now have “bias response teams” to investigate claims of students’ feelings being hurt. When did we develop such thin skins? When did we lose the ability to hear others’ opinions and not be personally violated? It’s been reported that at one Big 10 university, resident advisors are being pressured to coerce students into signing an overly-broad “civility pledge” which, when combined with their new “Inclusive Language Campaign”, can lead, in my opinion, to administrative overreach and senseless investigations. Please—do not tarnish the magnificent concept of civility by attaching it to something that borders on intimidation.

I agree with John Marshall, Vice President of Student Services at Colorado Mesa University, who said, “We need to help challenge our students. You don’t have a right not to be uncomfortable. We don’t always need to create these ultra-sensitive responses. We want [students] to think critically and deal with each other with respect and civility.” And I applaud the recent event at the Aspen Ideas Festival, where professors and authors spoke up about the failure of college administrators to respect free speech. http://www.campusreform.org/?ID=7797

Civility is not about silencing other’s views or even successfully convincing them of yours. Civility has nothing to do with coercion, regulation, or pointing fingers. It is about encouraging a marketplace of ideas, where diversity of thought and worldviews is encouraged, and interactions and disagreements with others are handled with respect and grace.

If you need more civility in your workplace, please check out http://theedgeexecutivecoaching.com/training-workshops/civility-in-the-workplace/